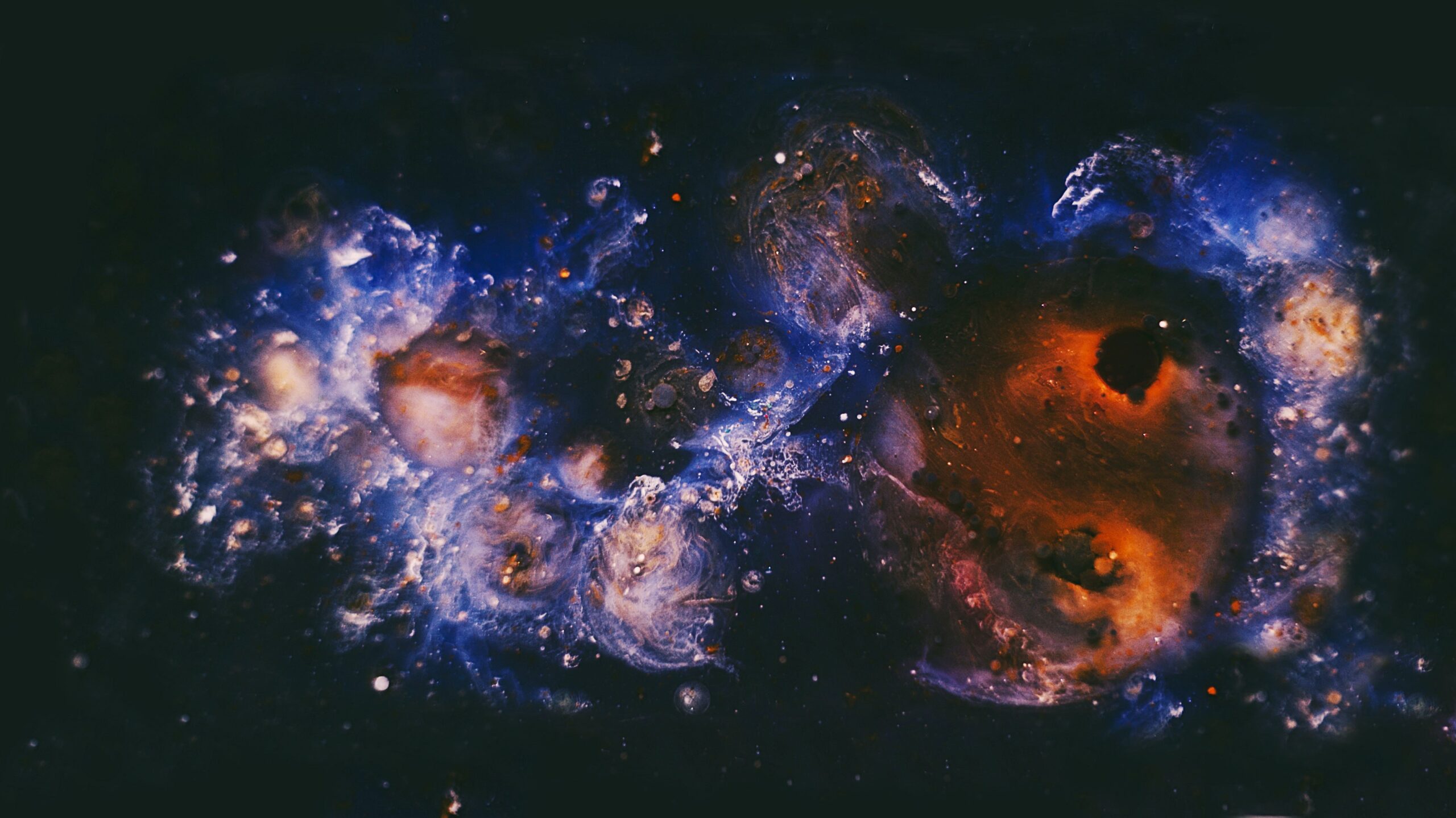 by Ellie
August 25, 2021
This blog post is probably going to be kind of all over the fucking place (much like the last couple of videos that I’ve made about the Galactic Center – here are videos one and two from this week). Just like the videos, though, I wanted to go a head and get this out there (and at some other point in time I will streamline my thoughts together better…..once I have a better handle where exactly my thoughts are going). I may not be 100% sure where the fuck they’re going – but I do feel like they fit in somehow, someway. This past week I started to go down a rabbit hole about planets and x-ray emissions. This kind of started because I got to thinking about the x-rays and radio waves (and other shit) that the GC has coming from it. I started to wonder about planets and their own x-ray emissions, especially since I do think that certain planets are MORE tied to the GC than others. For those new to the game here, those planets are: *Jupiter – Obviously this planet would be involved with the GC since the GC is IN Sagittarius. I do think Jupiter Retrograde specifically takes the top spot. *Any retrograde planet*Any out of bounds planet **Retrograde planets and OOB planets don’t automatically give one an “affinity” for the GC, but if the person has planetary contacts to the GC, the Galactic Anti-Center (GaC) or something like that, I think the retrograde […]
0
read more

by Ellie
August 11, 2021
**Here is the video that I made about this blog post, for anyone that is more of a watcher than a reader** I have mentioned several times throughout all of the videos and blog posts that Jupiter Rx feels like it ties heavily into the Galactic Center. Obviously, the planet Jupiter will have an affinity for the GC since the GC is IN Sagittarius (and as long as the GC is in Sagittarius, this affinity will remain). The retrograde motion of Jupiter, which I have talked about several times, seems to tie to the GC even further – the notion of KNOWING something before knowing WHY one knows something just FEELS very GC-like to me (and getting the “downloads” et. al from the GC). Another planet that I have mentioned before that feels like it also has an affinity for the GC is Uranus. I don’t just pull this out of my ass, lol, I definitely have my reasons for feeling like this is true.-Uranus is a catalyst for change. The GC most definitely changes any planets that conjunct it (or that even oppose it).-Since the GC seems to have a tie to retrograde energy (there does seem to be an affinity between the two), an affinity to Uranus makes sense (all retrograde planets point to Uranus in one way or another) This has been on my mind for a while, but I have wanted to take a look at all the people who have participated thus far in the […]
3
read more

by Ellie
June 14, 2021
The Galactic Center ^^^^^ FUCKING MAGNIFICENT (photo credit – NASA) I have talked about a WHOLE BUNCH OF DIFFERENT stuff regarding the Galactic Center recently on the YouTube channel for Lets Fuck with Astrology – the joint business venture between myself and the other creator of the Star Cards, Natalie (who is probably one the people who has been the dearest to me in my whole life), but the Galactic Center has captivated me for much longer than it might seem that it has. It’s the “mystery” about it that really gets me – and there is something REALLY mysterious about it (probably the fact that we aren’t really sure what is ON the other side of the GC). The GC is said to be a lifeline to other dimensions, a place to contact the other side, and as the Mayan’s liked to call it, “the source of all creation,” among a whole bunch of other shit. It is also thought of as a place where divine inspiration comes from and that the GC can feed one information like “downloads.” And yes, there are definitely some alien theories thrown into all of this (those are a lot of fun, but I think the alien thing is fun to think about, anyway). There is also the idea that it functions like a (hidden) luminary since the Sun actually orbits the GC (the GC is actually one of the reasons our galaxy functions the way that it does). Astrologers like Philip Sedgwick […]
1
read more

The US and Pluto’s Return

by Ellie
April 15, 2021
I want to start this post off by saying that this will probably be the first of a few different posts (and hopefully a podcast with Natalie to talk about this shit) – so in other words, this single post is NOT a complete synopsis. Also, this post was not created to do the fear mongering thing (and if these posts scare anyone, I truly am sorry). I believe that knowledge is power (typical Sagittarius energy lol), and ultimately the more we know, the less we have to fear. It’s much easier when and if the other fucking shoe drops to be prepared for this possibility than to be left there in the chaos holding your proverbial dick in your hand. Right now, the United States is going through what is known as a Pluto Return. This occurs when transit Pluto comes home to the same place that it falls in the natal chart. I look at an orb of 5-degrees applying and separating between transit Pluto and natal Pluto. Pluto’s Return actually started in early 2020 and will end for good on December 27, 2025 after transit Pluto goes beyond 2 degrees 33 minutes Aquarius in the sky. There are three dates during the Pluto Return that stand out the most – these are February 20, 2022, July 12, 2022, and December 27, 2022. These dates stand out because these are the dates that BOTH transit Pluto and natal Pluto are at 27 degrees 33 minutes Capricorn (meaning these […]
5
read more

The Fundamentals of Reading a Natal Chart Part II

by Ellie
May 28, 2020
I want to start Part II of this series off by making it very clear that you are so much more than your Sun Sign or your “Big Three” (The Sun/Moon/Rising). If you went off of the basic or trendy instagram/facebook/etc post about astrology, you might be inclined to to think that you’re Sun Sign is literally the only thing that matters, or that your “Big Three” compose the sum of your astrological parts. Personally I take real issue with this sort of astrology that is passed around the internet like some incurable clusterfuck of infectious diseases. Infection is a good word for it, really. I get the some of the memes and posts are funny (though some are downright stupid and only used as a source for starting some shit), but the infection happens when people take silly memes and posts to heart, using them as learning tools, because they don’t yet know anything else. So they believe that they’re toxic because they’re a Pisces Sun. They believe that they’re “boring” because they are a Virgo Sun, or that they are equal to “The Devil” because they’re a Gemini Sun. Obviously, universally, people don’t believe this popsicle bullshit, but for people who are just dipping their feet into astrology and starting out, and then seeing some nonsense like they are the devil because they are a certain Sun Sign, it can be be discouraging. And it’s just fucking incorrect. I don’t hold the learners accountable here, but those who […]
0
read more

Squares to the Sun and Mental Differences

by Ellie
February 23, 2019
Questions that I get asked often have to do with mental illnesses/mental differences/learning differences, and if I’m able to see things like that in the natal chart. The answer to this particular question is yes and no. The natal chart is like a blueprint of possibilities for the person (and the soul) in this lifetime. Just because something “difficult” shows up in one’s natal chart regarding mental illness, learning differences, or anything really, doesn’t necessarily mean that the person will ever manifest that particular difficult or different energy into reality. Though, if the propensity *is* there for mental illness or learning differences to occur, whether or not it actually occurs depends on a number of factors (such as biology, environment, and nurturing), as well as heavier transits hitting the aspect in question, thus activating it. Since I am specifically talking about mental illnesses/mental differences, square aspects made between The Sun and Uranus and The Sun and Neptune can cause specific types of issues having to do with anxiety and addictions/paranoia. (Pluto Square the Sun is another big one, but I will cover that one in another post). This is a trend that I have noticed time and time again, and I suppose the part of me that finds mental health and psychology fascinating wanted to discuss it ***As a disclaimer, I am in no way, shape, or form saying that people automatically have mental issues by default when they have these harder aspects in their natal charts. I’m only saying that […]
1
read more

Mercury/Uranus aspects of the “harder” variety

by Ellie
February 15, 2019
A question that I get asked often has to do with mental illnesses/mental differences, and if I’m able to see things like that in the natal chart. The answer to this particular question is yes and no. The natal chart is like a blueprint of possibilities for the person (and the soul) in this lifetime. Just because something “difficult” shows up in one’s natal chart regarding mental illness (or anything, really) doesn’t necessarily mean that the person will ever manifest that particular difficult energy into reality. Though, if the propensity *is* there for mental illness to occur, whether or not it actually occurs depends on a number of factors (such as biology, environment, and nurturing), as well as heavier transits hitting the aspect in question, thus activating it. Since I am specifically talking about mental illnesses & mental differences, certain aspects made between Mercury and Uranus (specifically the square, opposition and conjunction) seem to cause people some issues in the areas of mental health. The specific types of mental health issues that these hard aspects between Mercury and Uranus tend to produce are anxiety (either full blown or just some general nervousness), ADHD, all the way over to schizophrenia (among other things). This is a trend that I have noticed time and time again, and I suppose the part of me that finds mental health and psychology fascinating wanted to discuss it 🙂**Just for a bit of reference……Mercury is essentially the mind of the natal chart, where we think and […]
2
read more